You are here: Home / General / Did you know, that all horses are actually American? 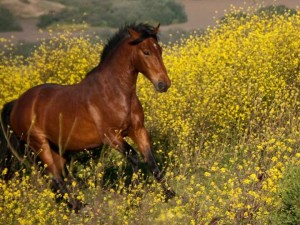 …, that all horses are actually American?

All our horses date back to the original Pliohippus. This ancestor lived during the Pleistocene, about one to two million years ago, in today’s United States and Canada (North America)!

The ancient horses immigrated to Asia and Europe via a land bridge that existed at that time and adapted according to the environment they found themselves in.
By the way, today’s wild horses in the United States are originally from EUROPE – but that’s another story!