You are here: Home / Breed of Horse / The Arravani – The Multifunctional Greek Horse

Multifunctional, tough and elegant – this is the description of a unique mix which stands for the Greek Arravani Horse.

Today nearly nobody knows about this great species and undoubtedly it is an endangered species.

In the ancient world the horses already had an important significance 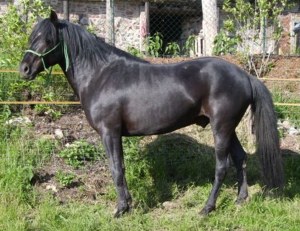 In ancient Greece the horses were used for all types of works: they worked in the agricultural and in the transport sector so that they became very multifunctional. Today we know that the horses had a great significance for the Greek people because scientists found many old vases with paintings of the Arravanis – an evidence that the Greek really loved their Arravanis.

The Arravanis have their origins in many different horse species. 1000 B.C. a special type of ponies which belonged to the Dorians crossed with Thessalian horses which lived in the southern Greek region called Peloponnese. Due to the course of the history from 146 B.C. 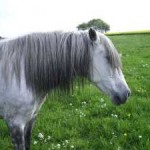 Italian horses reaches Greece so that they also influenced the blood of the Arravanis. Through all these different crossings the Arravani became a workhorse which offers many great character traits: it is surefooted and can easily posses the unique gaits of canter and pace. Through the occupation of the Turks in the 15. century the horse got another great influence which made them so special: the influence of the spirited and elegant Arabian horse. A splendorous mix – but it was so unique that is could survive until today. Undoubtedly the Arravani still has the Arabian influence so that it has the powerful but elegant outward appearance.

Arravanis are unique and special because of their unmistakable outward appearance which undoubtedly is their sign of recognition. They have a strong physique which is united with the elegance of an Arabian horse – unique!

In opposite to this their tallness is no real characteristic: usually they reach a hands high of 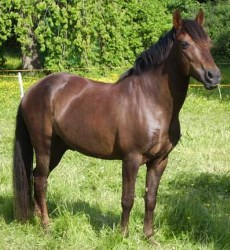 130-150 cm which is quite normal. Nevertheless the offspring can reach a higher size. Additionally they have a lush mane and tail as well as small hooves. This reminds of their Greek origins in the ancient time: here small hooves already were the ideal of beauty. Xenophon said that the perfect hoof has the size of a turned saucer. Furthermore Arravanis have a very muscular neck and the typical head: small but nevertheless very elegant due to its oriental origins.

Beside their remarkable outward appearance these horses offer another unique feature: nearly every Arravani is able to possess the canter. According to this people say that this species have a founded gene for the canter which is inheritable. Referring to this it is not important if the horse offers a three- or four-beat canter. In any case the canter is great because it offers a real comfortable ride for the rider. According to this riders with a horse who already offers the canter have a real advantage: they do not have to practice a long time until the horse has learnt this great gait. 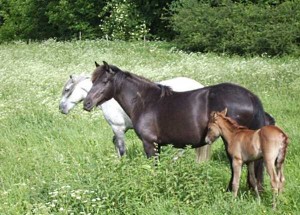 Versatile use of the Arravani

Horses like the Arravani who originate from workhorses offer a great variety of possible use. The horses are not delicate but tough and it is not easy that they become nervous or restless. This character trait comes from their former work in the high Greek hills: small and narrowed tracks lead trough the hills and there is not much space for a panic attack or a wild gallop. In opposite to this the horses needed a calm mind which guided them through difficult and dangerous situations: and until today the Arravanis kept these great character traits. 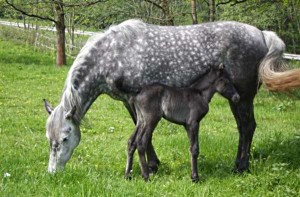 working horses with persevering character traits. They are used to humans and deal with them in a respectful way. According to this, Arravanis are often used as family horses. Additionally many fans of the canter love this horse due to its “canter gene”. Many riders possess the Trail or other skill exercises which come from Western riding. If you want to try out Neckreining you will have good chances: Arravanis like to learn so that they are happy if you try out new things. A horse for distances and for the whole family – a horse which can be used in many different ways.

Dangerous decline of the population – threatened with extinction

Greece is a rural place – but even if it could not stand the modernising process of the industrial revolution. Labor workers became substituted by machinery. Arravanis lost their function as a workhorse so that their population became reduced. Additionally many horses were exported to Italy for reasons of slaughtering. Today this unique species is threatened with extinction: even in their home country Greece today there are only about 200-300 Arravanis. 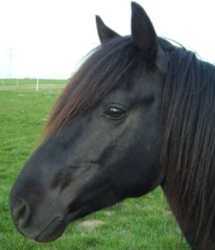 Undoubtedly 200-300 Arravanis are not enough and a very dangerous number for a horse population. That is why in 1998 Arravani e.V. has founded a comunity of interest which has one big aim: preservation of this unique species. Today there are 60 Arravanis who live in Germany and this number shows that they are also threatened in this country. A possible reason could be that many people do not know about this great horse species. Through public training programs the association wants to inform about the Arravanis and its precarious situation. In addition to this they help and give advices to any owners of an Arravani or to someone who wants to become one. Furthermore Arravani e.V. manages a register for all Arravanis who live in Germany.

It is important that people do not only see a single horse species but real cultural heritage- and this has to be saved! The association tries to save the population of the Arravanis through progeny and import. A great aim because once this horse species is lost it will not be possible to substitute it.

Here you find more information (in German) about the community of interest Arravani e.V.