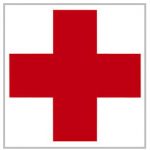 Quarter Horses, Appaloosas and Paint Horses are predominantly affected by this disease.

This doesn’t mean however, that the disease can’t occur in other breeds. By crossbreeding with western horses the gene defect can be passed on to others.

What is HYPP – Hyperkalemic Periodic Paralysis?

HYPP is a genetic disease caused by a gene mutation. HYPP is an incurable metabolic disease that can time and again cause unpredictable episodes of muscular weakness. Every acute episode is an EMERGENCY which horses survive only if treated immediately. A quick response, rather then a wait and see approach is essential.

The Quarter Horse stallion Impressive not only passed strong muscles on to his offspring but also the metabolic disease HYPP. Severity and duration of episodes can vary and are unpredictable.

Symptoms and Implications of HYPP

The symptoms of HYPP vary greatly. It depends whether one or both genes are affected. In those horses where only one gene is affected the attacks are generally not as severe.

During an episode the so-called sodium-potassium pump doesn’t open and close properly and too much potassium gets into the bloodstream from the muscle cells. As the potassium level in the blood increases more sodium collects inside the muscle cells. These simultaneous actions change the electric gradient of the muscle cells and cause uncontrollable repetitive contractions and paralysis.
The HYPP disease can’t be detected based simply on observance, yet a horse could be affected by it and in an emergency needs prompt treatment. 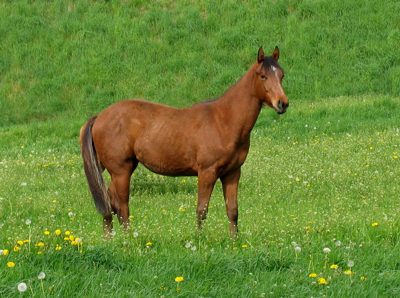 It is impossible to predict if a gene carrier will get sick with HYPP. Some horses stay symptom-free their entire life, others have acute episodes every two weeks.
HYPP episodes most frequently occur in three- to five-year old horses.
At this time muscle growth in horses is at a peak.
What triggers these episodes is unclear, it can happen to one horse while it is being ridden, to another in the stable, on the pasture, or on a trailer.

In general it is very difficult to dientify HYPP. The symptoms can easily be mixed up with other diseases (ataxia, tying up, colic, laminitis).

What do I need to do if my horse has HYPP?

It is recommended that owners of HYPP horses keep their horse on paddock or pasture. This allows free movement which stimulates the production of adrenaline in the body. This hormone in turn lowers the potassium level in the bloodstream and therefore the risk of HYPP attacks.

ATTENTION: Unfortunately, a high concentration of carbohydrates in the fodder can lead to laminitis in the horse. Therefore a careful ration balance must be maintained.